And a preliminary remark for color-blind people: What matters here is not so much the colors, which maybe simply a code (we could as well number the logics 1,2,3....) but the kind of differences of the reasoning that seems to be rooted in our personalities, and the world.  The balance of partiality and wholeness.

Here are some descriptive details of the democratic rotation procedures:

1) Feelings of respect , holiness and sacred moments or actions, through slow movements, low volume voice, singular sound of the bells, and perfect execution of the protocols.
2) Perfect execution of the protocol of rotation of the speaking-stick , where indeed when one is speaking, none else is interrupting. (No compulsive speaking is so tolerated or a chaos of domination through louder voices)
3) Use of the 1st person of the grammar, no one is speaking of behalf of the others
4) A really "live" interplay between what and how it is programmed to be said, and inspirational spontaneity.
5) Emphasis of speaking with sincerity, vulnerability and sensitivity.
6) Intermingling of succinct speaking with meditation.
7) Opportunity to touch the others and feel the energies flowing. (mainly in the chilren games ,or personality healing circles)
8) A new experience of "me" and "we" and a larger number of persons with  non-threatening intimacy (group soul ?)
9) Opening of the sensitivity of symbolic meaning of even of the simplest objects of the environment.
10) Opening of the spiritual sensitivity of multiple symbolic meanings of even of the simplest words and phrases of the stories told.(e.g. white logic)
11) Feeling of the 5 senses being more acute.

An example of an application to a group meeting for decison making in business.

1) The blue hat (logic) is rotated for the same limited time so that each member of the group has the chance to speak and propose an  issue or project for discussion.
2) The group votes and the topic or project of discussion is decided.
3) Again the blue hat is rotated so as to propose for a color-strategy for the given project, together, with the director of the dicsussion, secretary of minutes etc, and the time and protocol of the rotations.
4) A voting follows and the color strategy is selected.
5) Then the director of the discussion  gives each colored hat of the strategy one after the other which is rotated in the group. When each one speaking under the colored hat, none else can interrupt or speak. Any  color of the strategy  is rotated, only after the previous color has been rotated.
6) A second round is run where each member can choose a colored hat, even outside the selected strategy to speak. This is repeated so many times as it was decided at the beginning in the decision of the protocol of rotations for the meeting.
7) Voting follows about the issue or project.
8) A final round is run with a number of predefined in step 2 free color rotations , with the members reviewing and commenting on the meeting not on the project. This may include a single person rotating different colored hats in his speaking, before giving the speaking to the next.
9) The director closes the meeting.


A timely sequence of the evolution process of creative changing or creating  the self based on , the bias of the colored logics,  is as follows

1) The Wandering:
Where we come from, why, our purpose and gathering our "tools".

2) Initiation:
Preparing our own path, each one different and hopefully centering.

3) Honoring:
Understanding the Source of our creation. Recognizing the sacred in oneself.

4) Stating Intention: Realizing and acknowledging ones true purpose to create Self.

5.1) Surrender : Letting go of control to allow vulnerability. To learn what is already known.

5.2) Embrace our own hidden-self :
Walking into the unknown parts of Self. Being and becoming the Void.

6) Lighting the Flame in the Heart: Connecting to Self and finding meaningful, honest, ritual.

7) Transformation: Climbing the ladder of self-responsibility, to hold a vision of Being in One-ness, Being the vision that alters all perception.

8) Becoming Human: Empathy and compassion toward all. Being in truly responsible relationships.

9) Walking The Path: Integrating all of life's experiences. Being a teacher by Being.

10) Service: Discarding the illusion of separateness. Total approach to life in humility and joy.

11) Believing in , honoring, and service to the deeper Existence:
Giving value and practice to the Existence is the creation of Self.


The new self is created at four (4) levels   in our existence.

1) At first by introducing new life-long goals and intentions, and new global metaphors for the world.
2) Second by functioning with new thoughts, and feelings.
3) Third by conducting new activities.
4) And forth by resulting in to new possessions, as responsible interaction at subtle and coarse material levels.

The passage from the one level to the next and the overall coordination is though the virtue of congruence.
Posted by Dr Costas Kyritsis at 10:15 PM

Email ThisBlogThis!Share to TwitterShare to FacebookShare to Pinterest
Labels: 12. Instructions and strategies

11. The white perception or logic or hat 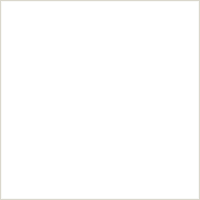 
The divergent thinking.
Every word has many meanings
Divergent thinking is very creative and our maximum such creative ability seems to be around the age of 5-7 years old, when we have also the maximum ability to learn languages without having to translate them to other known languages.
Within the white logic we have the chance to express divergent meanings and possibilities of thinking-aside for the facts, and data. The possibilities and alternatives are unbounded, and every thing may mean something totally different too, if we just let ourselves "think-aside" from our habitual self.
It is also the logic of abundant resources.
That is why very often it is identified with the positive mental attitude in thinking.
But it can be both positive or negative.
Posted by Dr Costas Kyritsis at 10:14 PM

Email ThisBlogThis!Share to TwitterShare to FacebookShare to Pinterest
Labels: 11. The white logic

10. The grey perception or logic or hat 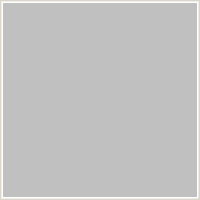 The mathematical formally  perfect argument within a mathematic theory like Euclidean geometry is an excellent example of the neutral perfect grey logic.
Unfortunately rarely in our life the information is adequate and the reasoning is so perfectly organized to have a mathematically consistent and valid logic.
In every day life we may have to resort to guessing and bias. That is why we utilize the colored logics.
The grey logic is considered dull and without grace.
Neverthless this logic also can be positive or negative.
With this grey logic we have the chance, in group meetings, to discuss and analyze the facts, numbers, events.
The facts, just the facts in a neutral statement is often the demand in this logic.
Of course this may be misleading because the sampling and collection of the facts already contains a negative or a positive bias.
Facts and numbers. Who is giving the facts?
In E. de Bono 6-thinking hats method this grey logic is presented as the white hat.
The grey logic is also the probabilistic logic of uncertainty. Not only two valued True or False, but rather three or many valued : True, false, or uncertain and the uncertainty may have quantitative percentages (20% 60% etc) like probabilities.
Usually this is the way that business men think in analysing scenarios.

Email ThisBlogThis!Share to TwitterShare to FacebookShare to Pinterest
Labels: 10. The grey logic

9. The black perception or logic or hat 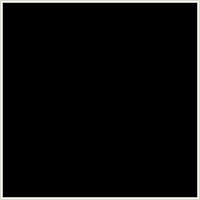 
The reductionism approach, the convergent thinking.
The converging thinking leads to few root principles or experiences.
It is the logic of limited resources.
Details are hidden or eliminated.
It is very often utilized together with the infrared logic.
This logic is the E. de Bono black hat.
As the elementary experiences of many people are painful in need and failure experiences, these root-facts, may be  close to fear, worries, negative attitude, cautiousness.
In such cases according to this logic, the negative sides are emphasized; What is really probably that it will happen in the future?  The bad events of the past of a project, will repeat if we adopt the project again. The flaws and contradictions with the common sense are highlighted. We may doubt the presented evidences. The appearances may be deceiving. Is the conclusion really valid? What is the risk?
Within the black logic we have the chance to express, what is   sometimes called ,  the devil's advocate opinion.  It focuses on why something may not work. With the black logic we detect the difficulties and dangers; where things might go wrong. A very  powerful and useful logic. It is  a problem, if overused.
So very often it is identified as a negative logic.
But in reality it may be  positive or negative logic, as all colored logics too.


Wise use of it, is positive and necessary; overuse of it turns it to  negative.

Email ThisBlogThis!Share to TwitterShare to FacebookShare to Pinterest
Labels: 9. The black logic

8. The ultraviolet perception or logic or hat

The spiritual transcendental  logic of being aware and existing.


With this logic we have the chance to express our spiritual and  metaphysical beliefs and principles. Also the chance to express the transcendence to the visible in space and time world; The chance to express ourselves about our intentions of leaving a legacy or inheritance to the other people.
It is often the logic of meditation of yogi: Just to be aware, starting from the breath.
It is the logic of phlegmatic personalities. It is the logic of non-indulgence to every day experiences, but rather to internal principles. The logic of patience, shyness, friendship, humour, tolerance, freedom, existentialism,  listener, meekness, serving, adoptability, diplomacy, and leaving a legacy  to the society and the civilization, beyond death.

Email ThisBlogThis!Share to TwitterShare to FacebookShare to Pinterest
Labels: 8. The ultraviolet logic

7. The blue (indigo) perception or logic or hat 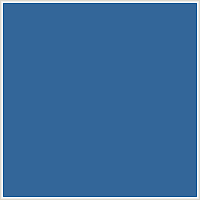 
The logic of procedural control, of intellectual analysis and realization.
The control of the sky.

The blue logic involves, self-control of the reasoning, focus, timing, scheduling,  reviews and re-planning, superior quality, exact utilization of the senses, scientific analysis.
It is within  this logic that we monitor the correct application of the protocols of application of the techniques of the  colored logics.
This logic is the E. de Bono blue hat.
Those people that will say emphatically that conception and thinking goes before any action action , are usually thinkers and follow the blue logic.
Within this logic we have the chance to run the control of the group meeting and discusion.
It is also the logic of the melancholic analytic intellectual personality.
The logic also of kindness, proactiveness,  soul, elaboration, detail, devoir, perfectionism, altruism, cultivation, idealism, loyalty.

Email ThisBlogThis!Share to TwitterShare to FacebookShare to Pinterest
Labels: 7. The blue (indigo) logic

6. The cyan (turquoise) perception or logic or hat 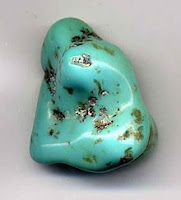 
The logic of communication and vertical or lateral and  innovative inspirational creative  thinking.
Cyan color=Turquoise color=half green, half blue.
It is effective in attracting attention of new innovative ideas, and plans.
It is the logic of momentum and motion versus assessments. The logic of growth and perpetual imporevement of the self. The logic of personality , talents, skills, and alternative solutions.
This logic is the E. de Bono green hat.
This logic  focuses on creativity; the possibilities, alternatives, and new ideas.
Not so much focusing on the abundance of possibilities (as in the white logic) neither focusing to assess them positively and accept them (as in the yellow logic) but focusing on that are  few maybe lucky, focusing that are new  concepts and ideas, focusing on being receptive just to consider them before accepting or rejecting.
With this logic we  have the chance to express  new concepts and new perceptions in group meetings and even introduce "new logics".
Posted by Dr Costas Kyritsis at 10:10 PM